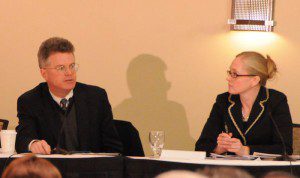 CMS Executive Director Donald Kerwin spoke on January 12 in Salt Lake City at the annual meeting of the Catholic Justice for Immigrants’ (JFI) campaign.  He had been asked to speak about the Secure Communities program and the federal government’s partnerships with states and localities to enforce immigration law.  Many JFI members, as well as the US Conference of Catholic Bishops, have argued that Secure Communities undermine cooperation between local police and immigrant communities, thus making communities less secure. 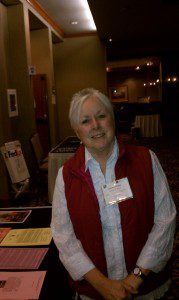 The JFI groups were equally interested in a proposed rule issued earlier in the week by the US Department of Homeland Security/US Citizenship and Immigration Services (DHS/USCIS).  In particular, DHS/USCIS proposed to pre-adjudicate waivers for the immediate family members of US citizens with approved family-based visa petitions.  Most of these family members must leave the United States to secure their visas, but they then face bars on return based on unauthorized presence.  So as not to risk lengthy separations, many families do not initiate the visa process at all and some with approved visa petitions opt not to leave the country when their visa numbers becomes current.  At present, waiver requests (to this bar) must be considered outside the United States.  The DHS proposal was an important development.  If enacted, it will encourage families to initiate the family-based visa process, and others to continue with it.  It will also decrease the time that families in this situation must live apart.  However, it is a very modest development.

The US Department of State has estimated that 3.4 million persons who have been deemed to qualify for a visa based on a family relationship to a US citizen or lawful permanent resident are still waiting for their visas to become available.  Congress could pass a law to expedite the legalization of these non-citizens.  Although their visa petitions have been approved, many must wait years, sometimes decades, due to caps on the annual number of visas granted by nationality and by category of family relationship. 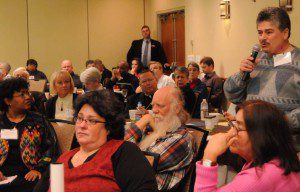 Congress could also allow such persons to obtain lawful permanent residence without leaving the country.  However, it has not pursued such legislation.  JFI members discussed how legislative proposals of this type are typically dismissed (inaccurately) as a form of “amnesty.”  Even accepting this characterization, however, many find it troubling that the concept of “amnesty” – which is rooted in forgiveness – has become anathema in the immigration debate, including among people of faith.

In the absence of legislation, the Citizenship and Immigration Services (CIS) Ombudsman, the Migration Policy Institute, and other groups proposed that DHS/USCIS pre-adjudicate waivers (in the United States) for people whose family-based visa petitions have been approved.  However, DHS/USCIS did not fully adopt this idea.  Rather, it issued a proposed regulation that that will not go into effect until the end of this year, and that covers only one category of family-based visa recipients, the immediate family members of US citizens.   Many JFI members questioned why DHS responded to a modest idea with an even more modest proposed rule.