A Tribute to Juan Osuna | Access to Justice, Due Process and the Rule of Law in the US Immigration System – Present Realities and a Vision for the Future 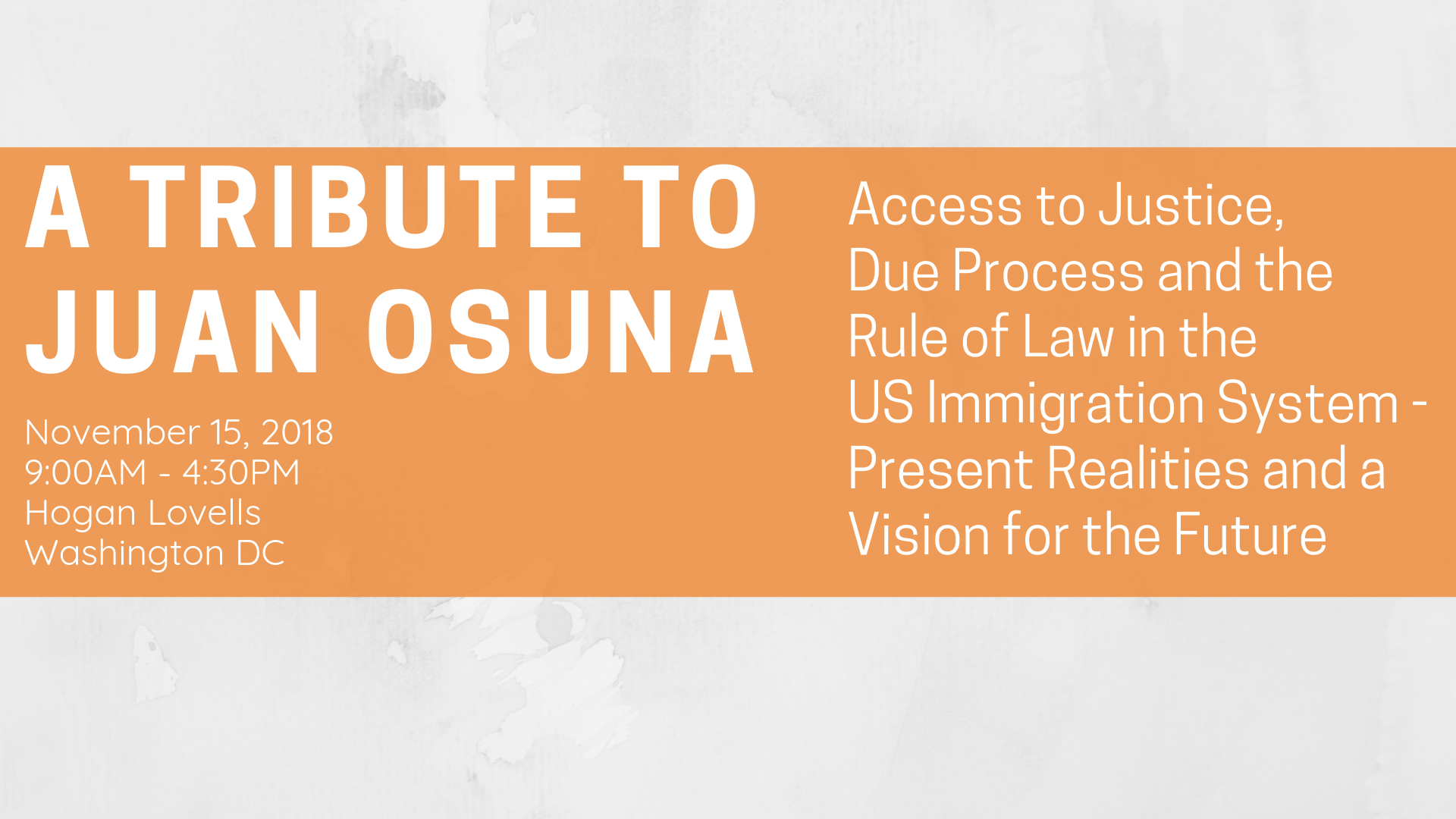