US Undocumented Population Continued to Fall from 2016 to 2017, and Visa Overstays Significantly Exceeded Illegal Crossings for the Seventh Consecutive Year

The undocumented population from Mexico fell faster than the total population, dropping by 1.3 million during the period, spurred by more departures from this population than visa overstays or illegal entries (Figure 2). 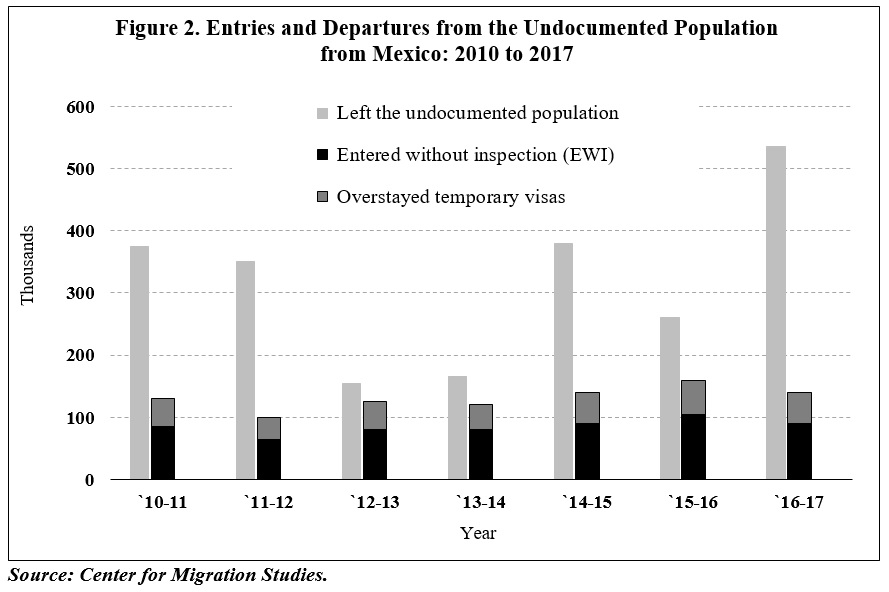 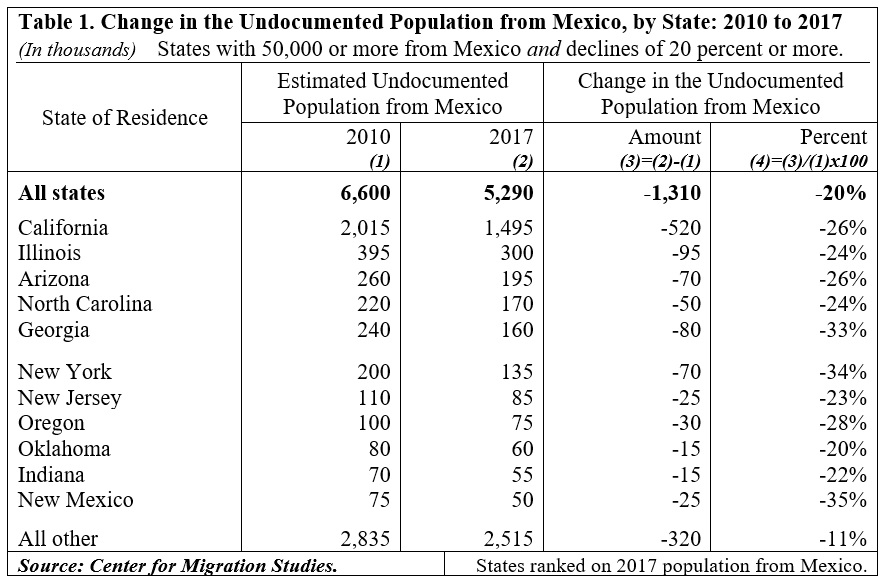 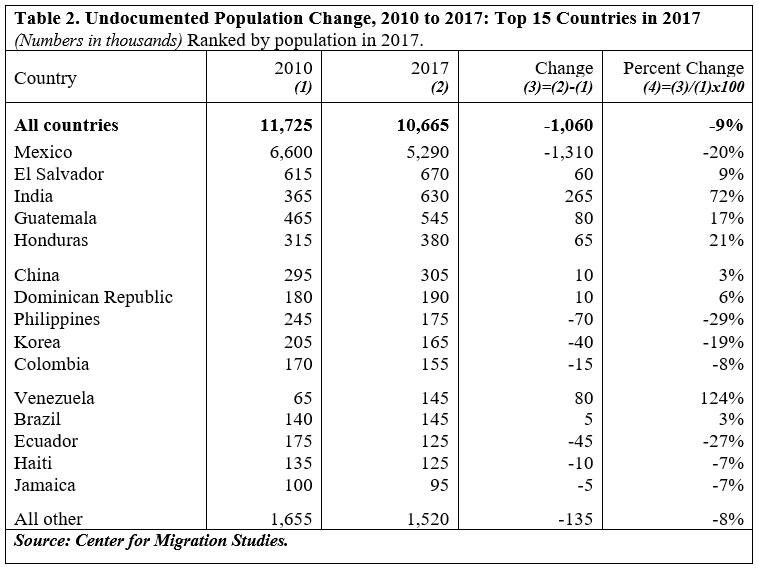 Arriving by air and overstaying temporary visas has been the primary way of entering the US undocumented population over the entire seven-year period covered by this report. Table 3 shows estimates of undocumented arrivals in 2016 by country of origin and mode of entry for the top five countries of origin. Of the estimated 515,000 arrivals in 2016, a total of 320,000, or 62 percent, were overstays and 190,000, or 38 percent, were EWIs.

The estimates are based on CMS estimates of undocumented arrivals by year of entry for 2016 and 2017 by country of origin, and US Department of Homeland Security estimates of overstays for Mexico, Central American countries, and the Dominican Republic in 2017.[3]

Mexico was the leading country for overstays in 2016, about twice the number from India, China, and Venezuela (Table 3). Overstays accounted for approximately one third of all undocumented arrivals from Mexico in 2016.

The appearance of Venezuela as a leading country of overstays in Table 3 might be surprising. However, the undocumented population from Venezuela (almost all overstays) increased sharply after 2013, most likely because of the political and economic turmoil in that country (CMS 2017).

The estimates shown here have important policy implications. The varied rates of change for many of the countries shown here — the sustained drop in the population from Mexico, the upsurge from Venezuela after 2013, the continuing increase from India even as the populations from other Asian sending countries declined — indicate that the United States needs a more nuanced and evidence-based response to undocumented migration.

Since more than one half of all US undocumented residents arrive by air, visa-issuing posts have become the real frontline deterrent to undocumented migration. This report suggests that more attention and resources should be given to that crucial mission of the US Department of State. The sudden increase in the undocumented population (that is, overstays) from Venezuela after 2013 illustrates this point. In addition, Congress and the administration should pursue legislation to legalize populations like the DREAM-Act eligible, long-term beneficiaries of Temporary Protected Status (TPS), and “intending immigrants” with a recognized relationship with a US citizen or lawful permanent resident that would qualify them for a family-based visa (Kerwin, Alulema, and Nicholson 2018).

The disparity between current public discourse and the empirical data presented here obscures the fact that tremendous progress has been made in reducing undocumented immigration since 2000. It is time to build on that success by constructing an immigration reform package that upholds the rule of law while embracing the values that have truly made America great. 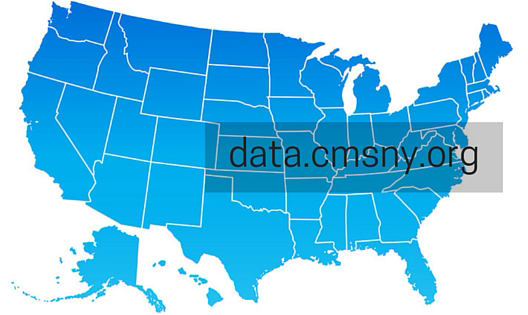