The Italian Welfare League: A Century of Women Developing Community

Does something survive a hundred years by accident? In the case of the Italian Welfare League, definitely not. The League’s papers, on deposit in the Center for Migration Studies archives, tells the story of generations of women who, while refashioning the League to meet the needs of their time, have also kept it in continuous operation for a century. 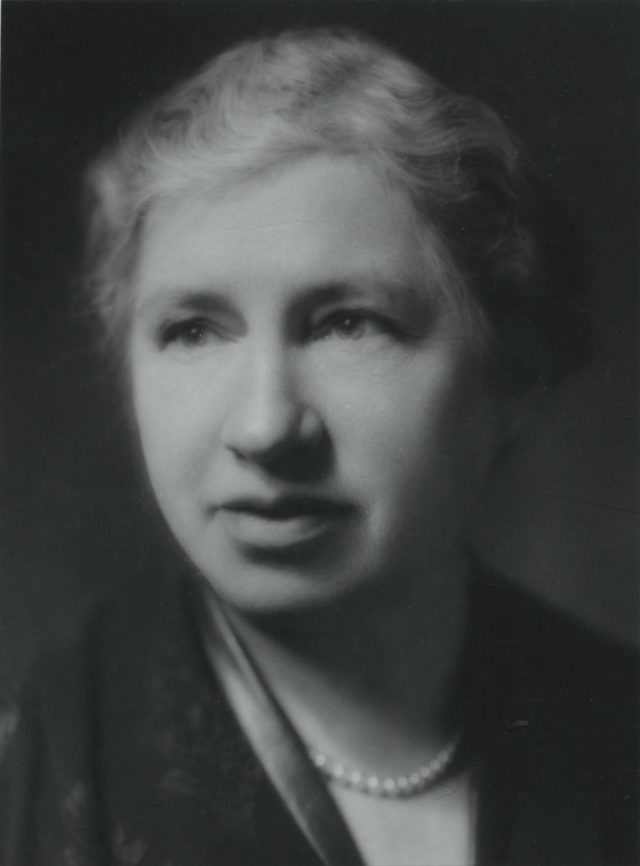 The central figure in the founding of the Italian Welfare League was the non-Italian Carolyn Allen, who became Carolyn Perera upon her 1904 marriage to Italian-born banker Lionello Perera, and who learned to speak Italian and began to immerse herself in Italian culture, especially music. During World War I she became concerned about Italian citizens living in the United States who left to serve in the Italian armed forces and then returned to find themselves displaced from their American jobs. With her husband, Carolyn helped found the Italian section of the American Red Cross to address the veteran’s problems. Her interest expanded to include all Italian immigrants. In 1920, she organized like-minded women to create the Italian Welfare League with the goal of assisting Italians in New York, both those in transit through the harbor and those living in the city. 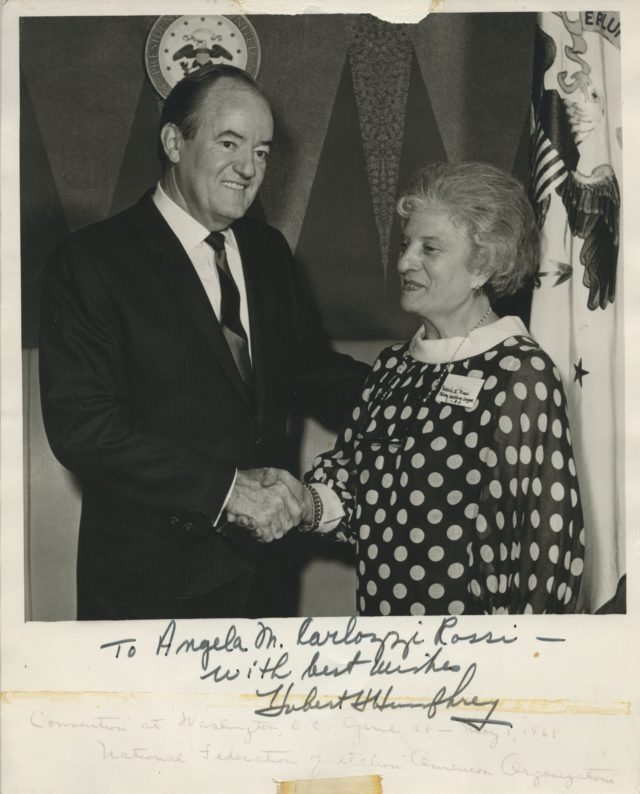 Carolyn Perera served as president of the Italian Welfare League for the next 22 years, during which period the Italian Welfare League developed along the lines of other women’s philanthropic organizations. Carolyn Perera served as chief fundraiser. For actual work of caring for the immigrants, she hired professionals. Her most significant hire was Angela M. Carlozzi Rossi. Rossi’s parents came from Italy, but she was born in Manhattan, raised in Brooklyn, and educated in social work at Temple University in Philadelphia. Rossi and a series of assistants received queries from people seeking aid. They met with the applicants to determine their needs and used their contacts to help the applicants obtain legal aid, food, housing, employment, health care, and education for their children. Some of the Italian Welfare League women followed an old-fashioned model in which they volunteered their time and their labor for hands-on care of immigrants. For women who preferred this type of volunteering, the Italian Welfare League had a Sewing Committee that prepared layettes to have ready for mothers who gave birth while in transit through New York Harbor.

Beginning in the 1930s, the Italian Welfare League faced a problem common to immigrant communities in the United States: questioning their loyalty. They were identified as “Italian” and thus as supporters of Benito Mussolini, who was seen as an increasingly problematic national leader after his unprovoked invasion of Ethiopia. Back in 1926 Carolyn Perera and her Italian Welfare League colleague Margherita De Vecchi had used their musical connections to get the legendary Arturo Toscanini to conduct a benefit concert. When the League arranged a second concert in 1938, Roger Baldwin of the ALU and Norman Thomas of the Socialist Party called on him to cancel his appearance. (He appeared.) 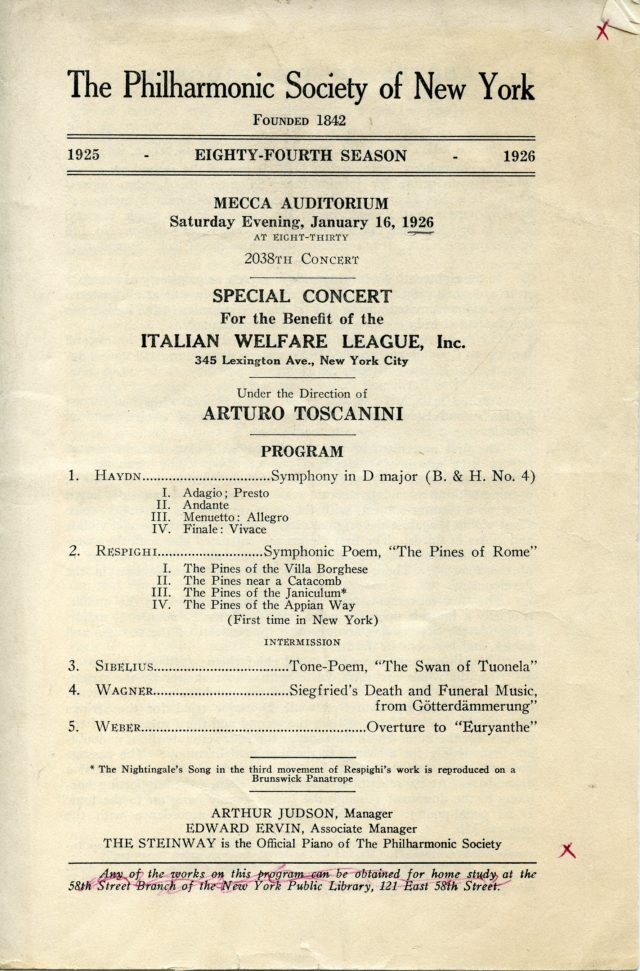 In 1942, Carolyn Perera finished her tenure as president of the Italian Welfare League, possibly because her husband Lionello died that year. By then the League had some new outlets for its charity. Italy declared war on the United States December 11, 1941, in the wake of the Japanese attack on Pearl Harbor. The United States launched an aggressive war against Italy. Italian immigrants who had not become US citizens became “enemy aliens” by default, a legal term that allowed the government to detain them without following the usual laws. The US government had been monitoring activities in the Italian community; now it moved to arrest those it deemed threats, and it incarcerated them on Ellis Island. The Italian Welfare League received permission to attend to the detainees, some of whom remained on Ellis Island until the war ended. 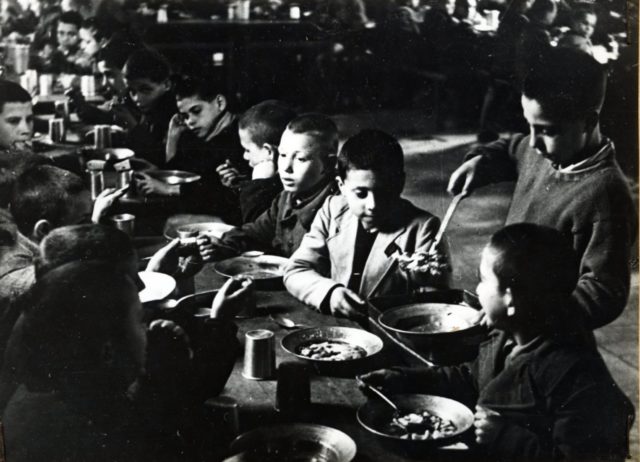 World War II severely impacted the Italian civilian population, and that motivated the Italian American population to assist. The women of the Italian Welfare League were particularly moved by the many children who lost parents and homes during the war. The League participated in American Relief for Italy, helping to collect goods and raise money to gather the children into orphanages where they could received housing, food, health care, education, recreational opportunities and, for the older ones, job training. Toscanini conducted one last benefit concert to help the Italian Welfare League help the children.

Italian immigration increased briefly after World War II, and Italian Welfare League members were on hand to assist survivors of the Andrea Doria in 1956. However, even after the 1965 reforms revitalized the possibility of Italian migration, there was little migration. 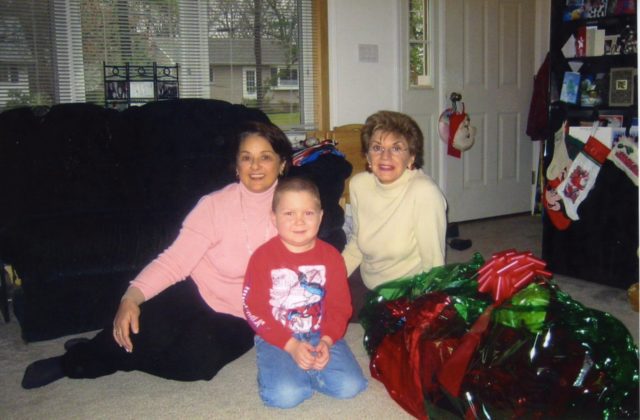 At the same time, there has been a change in the demographics of the League itself. The early leadership had often been non-Italians who had an interest in Italian Americans. By the 1960s the numbers of Italian American women with the leadership skills had social contacts had reached a critical mass. While Angela M. Carlozzi Rossi worked for the Italian Welfare League, Italian American women such as author Bea Tusiani and lawyer Linda Carlozzi served as officers, donors, and fundraisers. 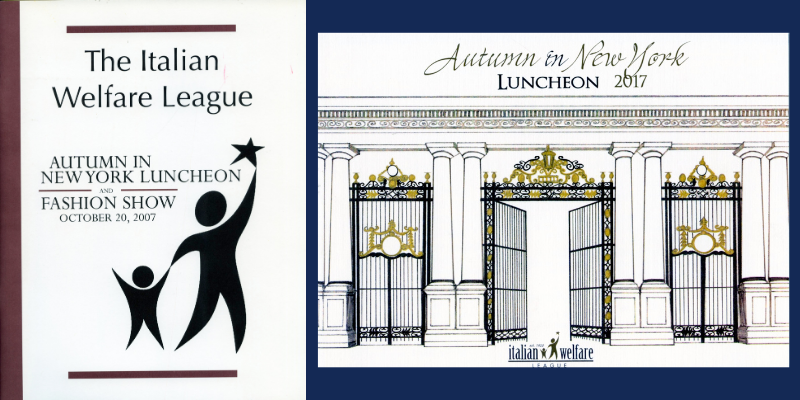 Their fundraising shifted accordingly. Under Carolyn Perera and Margherita De Vecchi the most significant fundraisers were benefit concerts. Both women had been patronesses of musical performances, and then asked those same musicians to play benefit concerts for the Italian Welfare League. A look through the New York Times suggests the League also raised money through card games, fashion shows, brunches, lunches, dinners, and dinner-dances. In the modern era, gala luncheons honoring a member of the Italian community have helped to thank loyal supporters and to attract new donors and volunteers to the Italian Welfare League.

In its centennial year, with the Coronavirus pandemic limiting social gatherings, the League has developed value-added shopping opportunities. It is this sort of innovation that has kept the Italian Welfare League relevant for a century, and, it is hoped, for many years to come.