To further illustrate its findings, CMS has released several tables (below) that display detailed characteristics of TPS recipients from the three nations (individually and collectively) and  by US state.  These characteristics include: 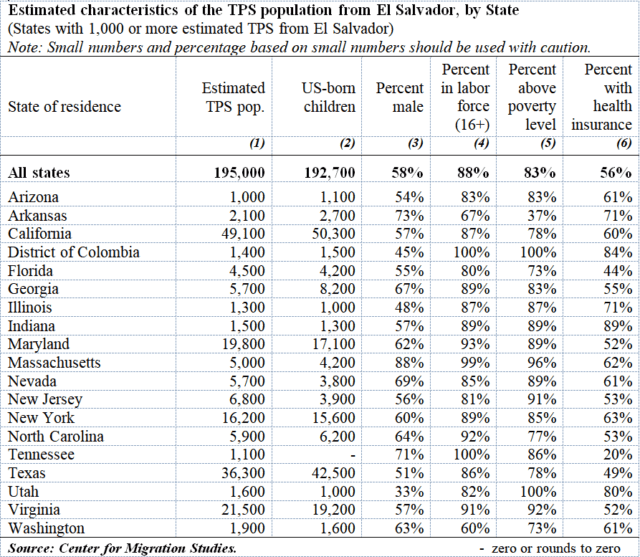 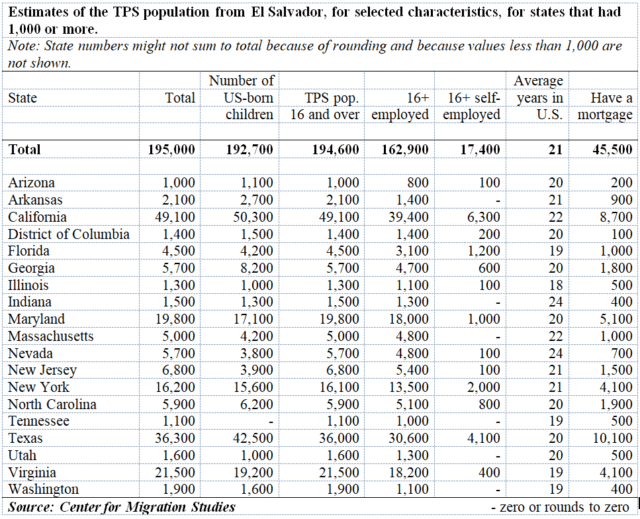 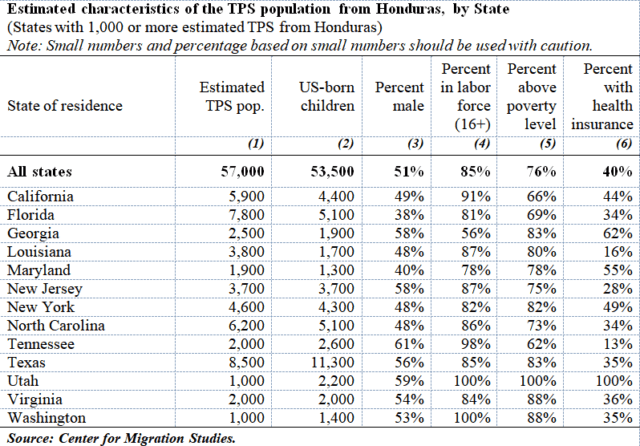 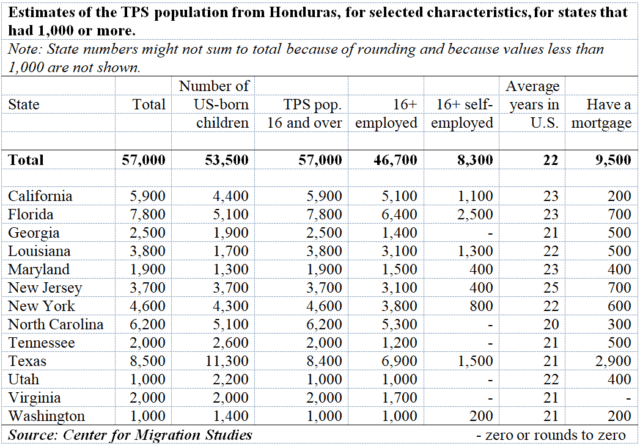 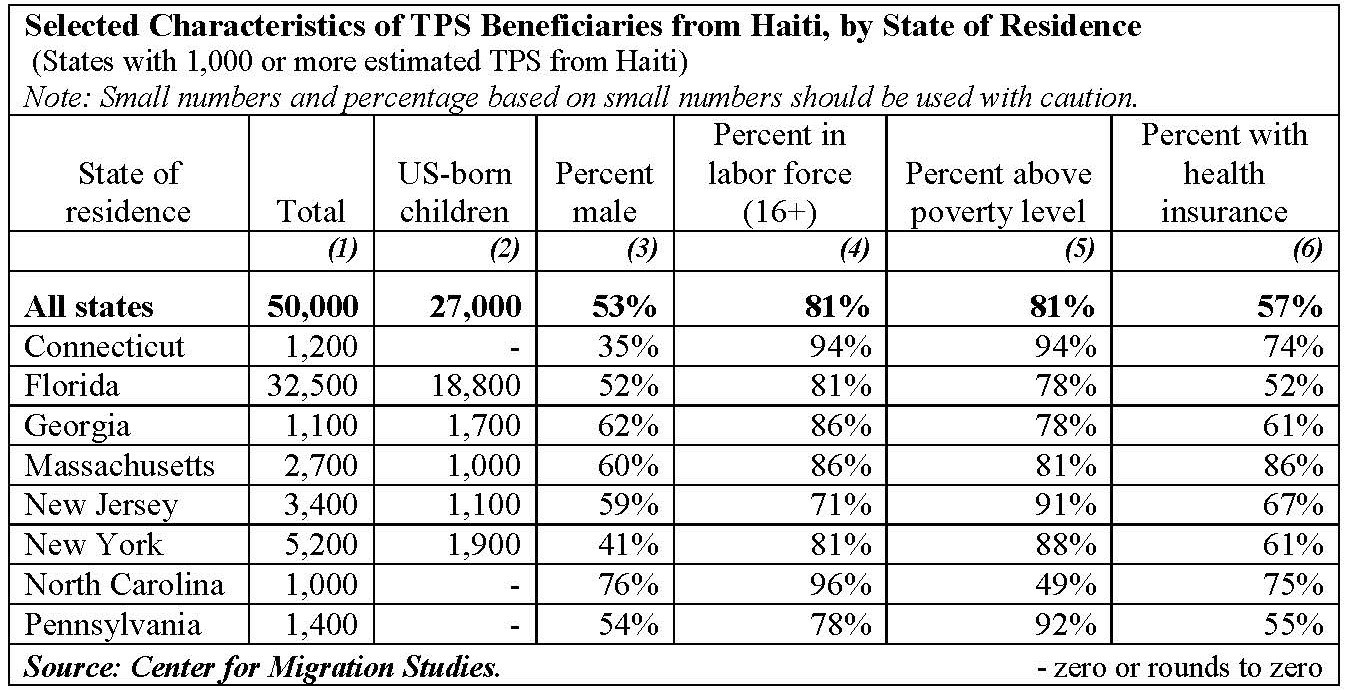 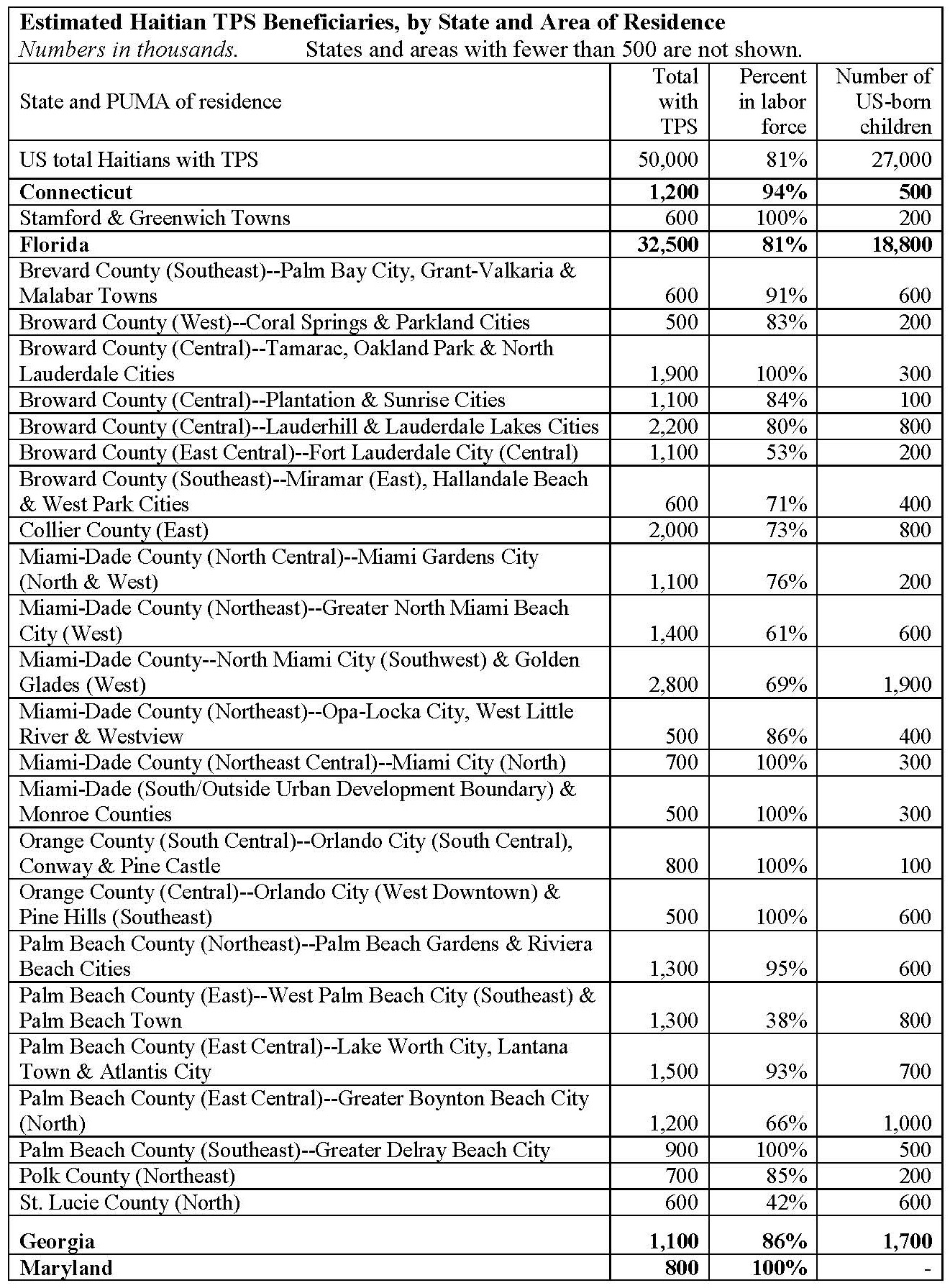 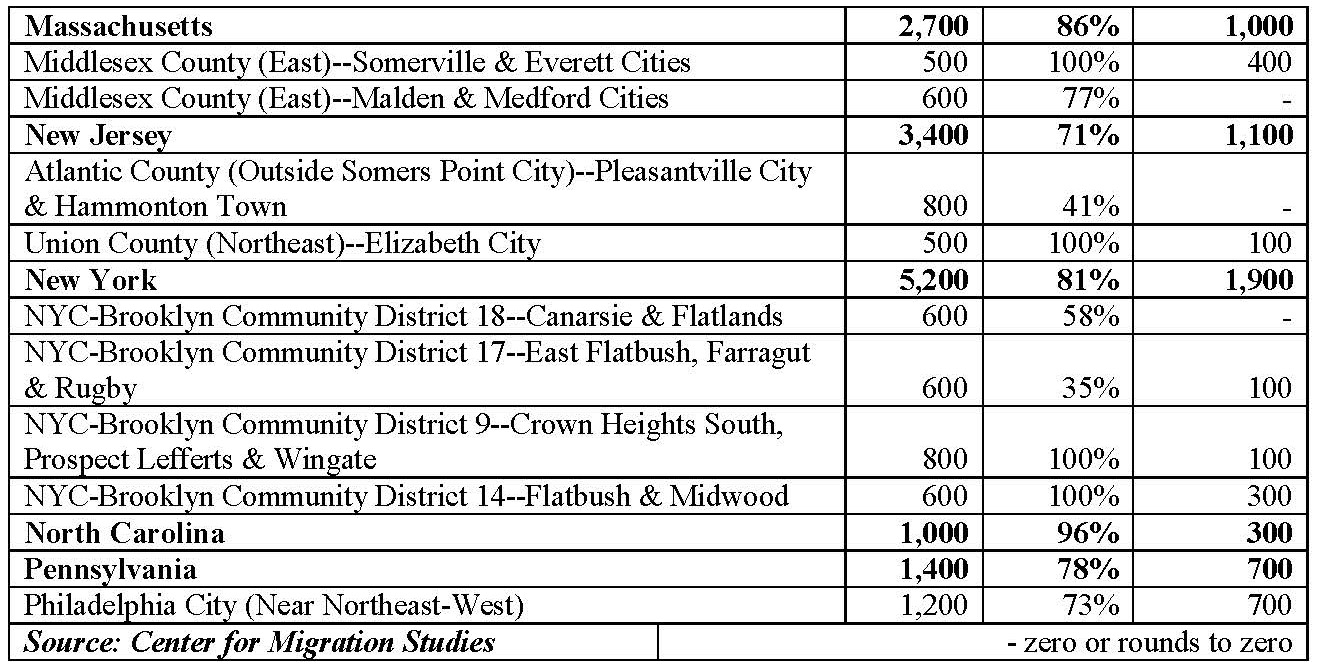 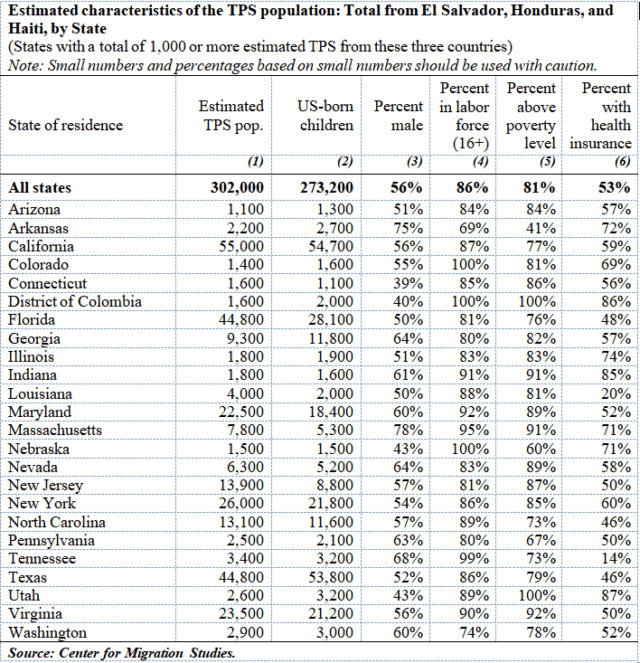 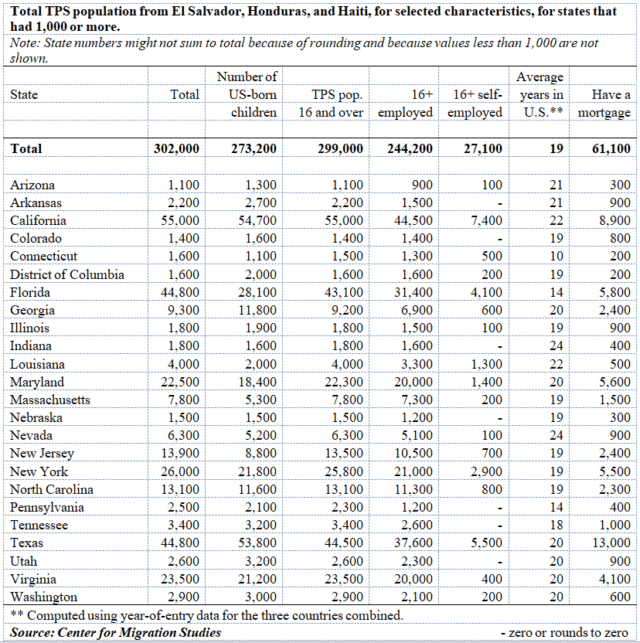 This report presents detailed statistical information on the US Temporary Protected Status (TPS) populations from El Salvador, Honduras, and Haiti. It reveals hardworking populations with strong family and other ties to the United States. In addition, high percentages have lived in the United States for 20 years or more, arrived as children, and have US citizen children. ...

The Center for Migration Studies of New York (CMS) has become aware of a coding error that affected its reported statistics related to the number of mortgages held in immigrant households, as reported in two recent articles in the Journal...