The age distribution shows that 71 percent of this group are of prime working age, between 25 and 54 (Table 2). The proportion of those below five years old and above 65 years are 1.5 percent and 1 percent respectively. Furthermore, the estimated number of school-age children (ages between 5 and 18) is 11 percent. This share of school-age children deserves special attention from policymakers, who should ensure all girls are enrolled in school and receive the support and social services they need. 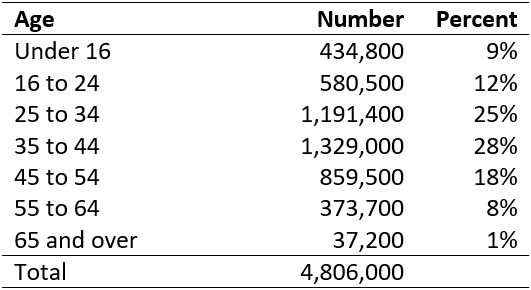 Figure 1 shows that the share of undocumented women who were in their prime age (between 25 and 54) upon arrival in the United States has increased continuously for more recent arrivals. This trend of women arriving during their prime working years brings opportunities to build human capital and add essential workers, entrepreneurs, and innovators to the labor force.

Figure 1. The Share of Prime Age Undocumented Immigrant Women by Year of Arrival

Figure 2 illustrates the educational attainment of undocumented immigrant women by year of arrival in 10-year intervals. Our estimates suggest that the share of immigrants with some college or higher education has continuously increased, while immigrants with less than a high school education has continuously decreased over time. Undocumented women who arrived in the last decade are more educated than in past decades. These findings reflect changing characteristics of the United States’ undocumented population, as more educated immigrant women arrive.

The language barrier is one of the biggest integration challenges immigrants face in their host countries. Only approximately 56 percent of undocumented women speak English well, very well, or speak only English. A little more than one-fourth (approximately 26 percent) of them have been living in the United States for less than five years and 41 percent for 15 years or more. These findings suggest that language programs catering to women and targeting women in their outreach could be especially beneficial to this population, especially for new arrivals.

Immigrant women seem to work in a wide range of occupations:

The breakdown of occupational composition of undocumented women by race show that the largest share of each race group work in service occupations with the exception of Asian women (Table 3). The percentages of Black and Hispanic undocumented women working in management, business, science, and arts are lower compared to other groups.

Notes: CMS estimates are based on 2019 American Community Survey microdata. Numbers are rounded to the nearest hundreds. Percentages may not add up to 100% due to rounding.

The top five occupations of undocumented immigrant women in the workforce are maids and housekeeping cleaners; cooks; janitors and building cleaners; cashiers; and waitresses (Table 4). Undocumented women play an important role in filling many of these lower-skilled essential occupations, some of which are facing shortages. However, as the undocumented women arriving more recently are more educated than in the past, it is also important that legalization, credentials-recognition, and language assistance programs are in place so that the full potential of undocumented women can be realized in the workplace. 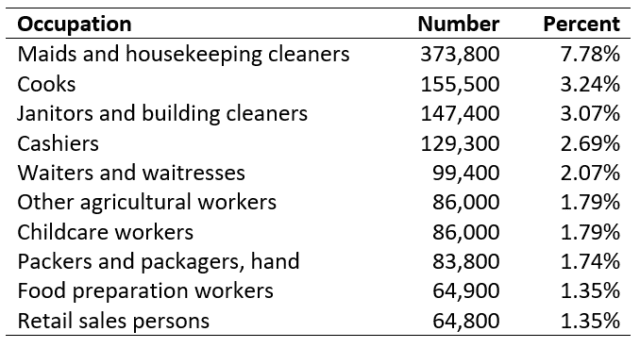 Figure 3 depicts the occupational composition by year of arrival. It suggests that the share of recent arrivals working in management, business, science, and arts has increased over time, while the share of recent arrivals in the service sector occupations has decreased. While arrivals in the last decade are more likely to work in higher-paying jobs compared to those who arrived before 2010, 24 percent of undocumented immigrant women still live at or below the poverty threshold.

The Citizenship for Essential Workers Act, provides lawful permanent resident status to those who have worked essential jobs during the pandemic and their spouses, parents, and children, as well as to the spouses, parents, and children of immigrants who performed essential labor and died from COVID-19.[4] There are approximately 1.7 million undocumented women essential workers who are eligible for permanent resident status under the Citizenship for Essential Workers Act. This group seem to be mostly recent residents (in the United States for less than 15 years) with low levels of English competency; only 57 percent of them speak English well, very well, or speak only English. Therefore, this group will need targeted government policies and assistance during their integration process.

The Farm Workforce Modernization Act of 2021 provides farmworkers and their family members with a path to legal immigration status and citizenship.[5] Fifty-one percent of the 140,300 undocumented immigrant women eligible for this act have resided in the United States for 15 years or more, 22 percent speak English well, very well, or speak only English, 37 percent have completed high school, and 12 percent have attended at least some college. This group also appears to be mostly new residents with low level of English proficiency and education. Hence, this group will also need more assistance with their application process. Community-based organizations and labor organizing groups should support the social and economic integration of this group and assist them with immigration applications.

According to CMS estimates, all undocumented immigrant women and girls would be prima facie eligible for a legalization program if Congress passes the US Citizenship Act of 2021, which would provide lawful prospective immigrant (LPI) status to undocumented immigrants who were physically present in the United States on or before January 1, 2021.[6] After five years under the LPI status, eligible noncitizens could apply for permanent resident status. All of the Deferred Action for Childhood Arrivals (DACA) recipients and childhood arrivals who would be eligible for lawful permanent resident under this bill have completed high school, and a large percent of them are long-term residents (76 percent) and are proficient in English (86 percent). However, a smaller percentage, 48 percent, have attended at least come college. Among Temporary Protected States (TPS) and Deferred Enforced Departure (DED) recipients who would be eligible for lawful permanent resident under the bill, 51 percent graduated high school, and 23 percent attended at least some college. DACA, TPS, and DED recipients have experience navigating the US immigration system through their previous immigration applications and likely need less support navigating the system than other groups. A legalization program would make educational opportunities more accessible to these groups.

There are many undocumented female immigrants living in the United States that could be eligible for permanent residence under pending bills and special legal status programs. Overall, CMS estimates suggest that at least 20 percent of this group currently live below the poverty threshold and at least 37 percent do not have health insurance coverage, putting these women in a very difficult and dangerous situation. Legalization programs would help provide a more solid footing for these women to build a better future for themselves, their families, and their communities. CMS estimates also indicate that recent arrivals of undocumented immigrant women are more educated, and employed in higher-quality jobs than ever before. Legalization of these immigrants becomes more urgent so as not to disrupt their educational and professional paths or delay their economic, social, and cultural contributions to their host communities.

Table 5. Estimates of the Number and Characteristics of the Undocumented Immigrant Women Affected by Legislative / Administrative Programs 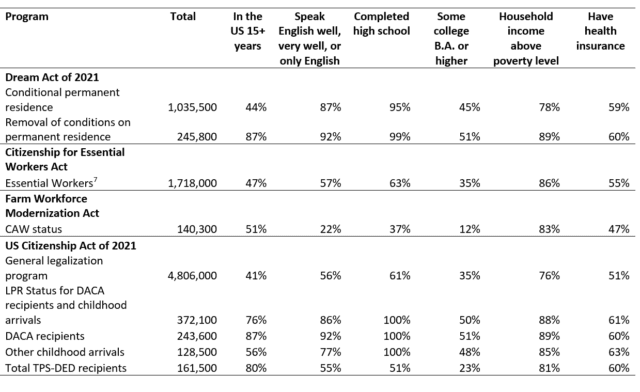 [2] CMS estimates of Black, Asian, White, and other races refer to people who do not also identify as Hispanic.

[7] Additional women would qualify for permanent residence under this bill as the spouses, children, and parents of essential workers. However, this chart examines only those who qualify for the bill based on their own employment.